Among the Andes mountain peaks lies the jewel of Latin America, one of the new Seven Wonders of the World, the Inca city of Machu Picchu. The beauty and mysteries of the ancient city attract travelers from all over the world.

The history of Machu Picchu 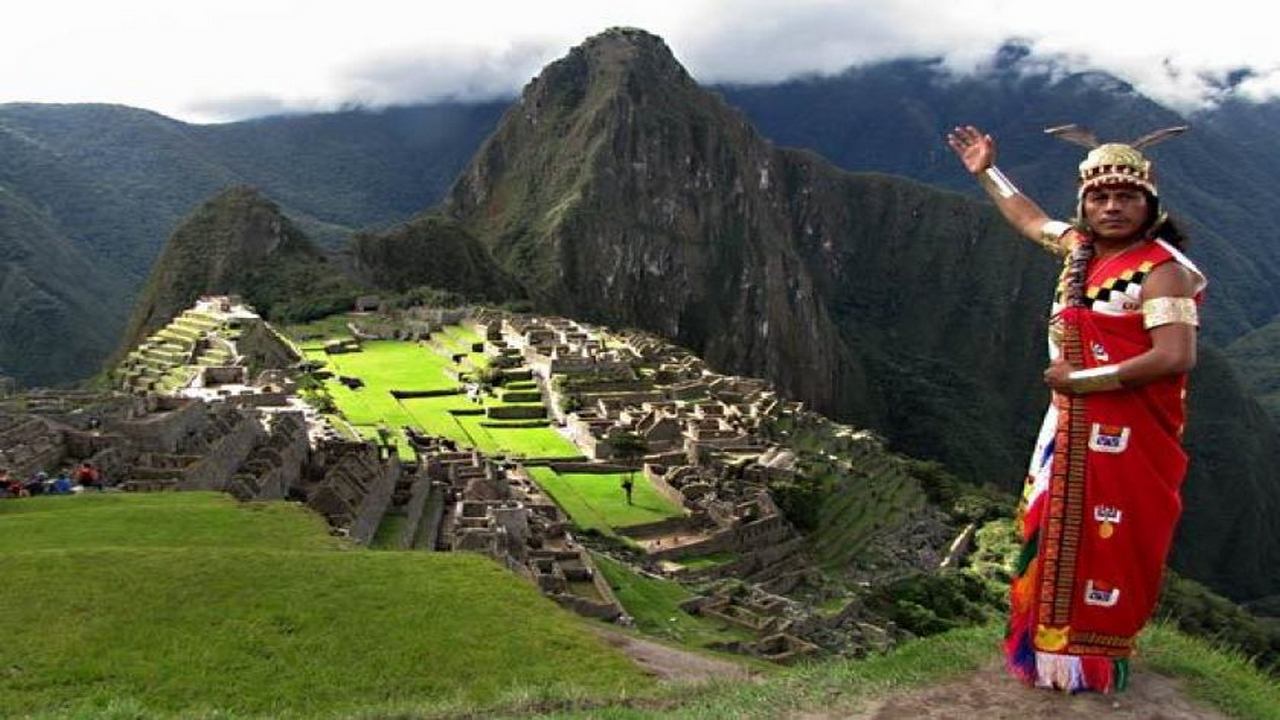 Machu Picchu was built in the middle of the XV century, at the height of the great Inca empire, which stretched from the northern borders of Ecuador to the modern Santiago in the south. The expansion of the conquistadors in the 16th century made the inhabitants of Machu Picchu leave their homes and go north to the last Inca stronghold of Vilcabamba, amidst the tropical forests. According to the legend, Machu Picchu magically emptied on the same night when the Spaniards landed on the shores of Latin America. Until the beginning of the XX century, the ancient city remained forgotten and abandoned, until an American professor Hiram Bingham went on another expedition to Latin America in search of the legendary Inca gold. Over the past four centuries, the memory of the city in the mountains has been erased and no one knew where Machu Picchu was. Locals helped to find the remains of the Inca settlement, and now, in 1911, Machu Picchu was rediscovered to the world. Much to Mr. Bingham’s dismay, there was no gold or other valuables in the city. Scholars still can’t agree on whether the Incas took their treasures themselves, saving them from the Spaniards, or whether Machu Picchu had been looted by smugglers during the time of oblivion. And while adventurers cherish the hope of finding unimaginable riches, we got a chance to touch history in one of the most mesmerizing places on Earth.

No one knows the real name of the city. The nickname Machu Picchu, that is, “the old mountain”, the Inca ruins got from the locals. Huayna Picchu means “young mountain”.

The city, which was home to over a thousand people in nearly two hundred houses, was built in the shape of a condor, one of the sacred animals of the Incas. 101 years after the discovery of Machu Picchu, in 2012, archaeologists found underground rooms with a secret passage leading to them. The famous Inca gold is believed to have been stored there.

Why go to Machu Picchu 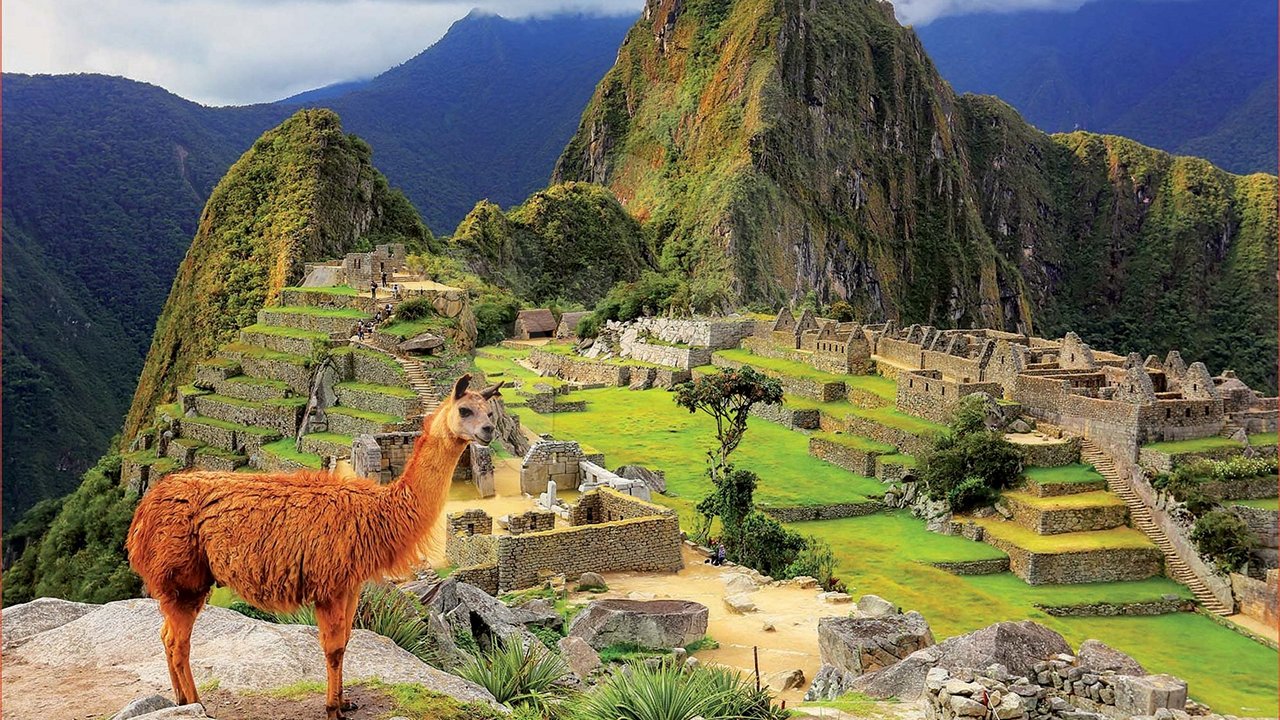 Imagine the majestic and impregnable peaks of the Andes, rising over three thousand meters high. At their foot, the Urubamba River slowly carries its waters through a fertile valley. High above this valley, surrounded by mountain peaks, like a condor’s nest, are the remains of a white city. Here it seems as if the earth has met the sky and time has stopped. But no less than the dizzying scenery is the city itself. From the sacred square with the sunstone in the middle there is a maze of narrow streets lined with temples, residences of the nobility, and dwellings of ordinary people. The Incas had to lift huge boulders to a height of 2,450 meters, using only primitive tools, to raise Machu Picchu. You can spend hours exploring the city and its unique buildings, but the treasures of Machu Picchu do not end there. To the north rises Mount Huayna Picchu, with a narrow trail leading to the top. The difficult ascent and descent more than compensates for the breathtaking bird’s-eye views of the city and its surroundings.

Agricultural terraces surround the town, with llamas grazing on them, where it’s so nice to bask in the sun after climbing a mountain peak.

To the southwest of Machu Picchu are the remains of an ancient trail with a narrow suspension bridge. But it is closed for safety reasons.

When it’s best to go 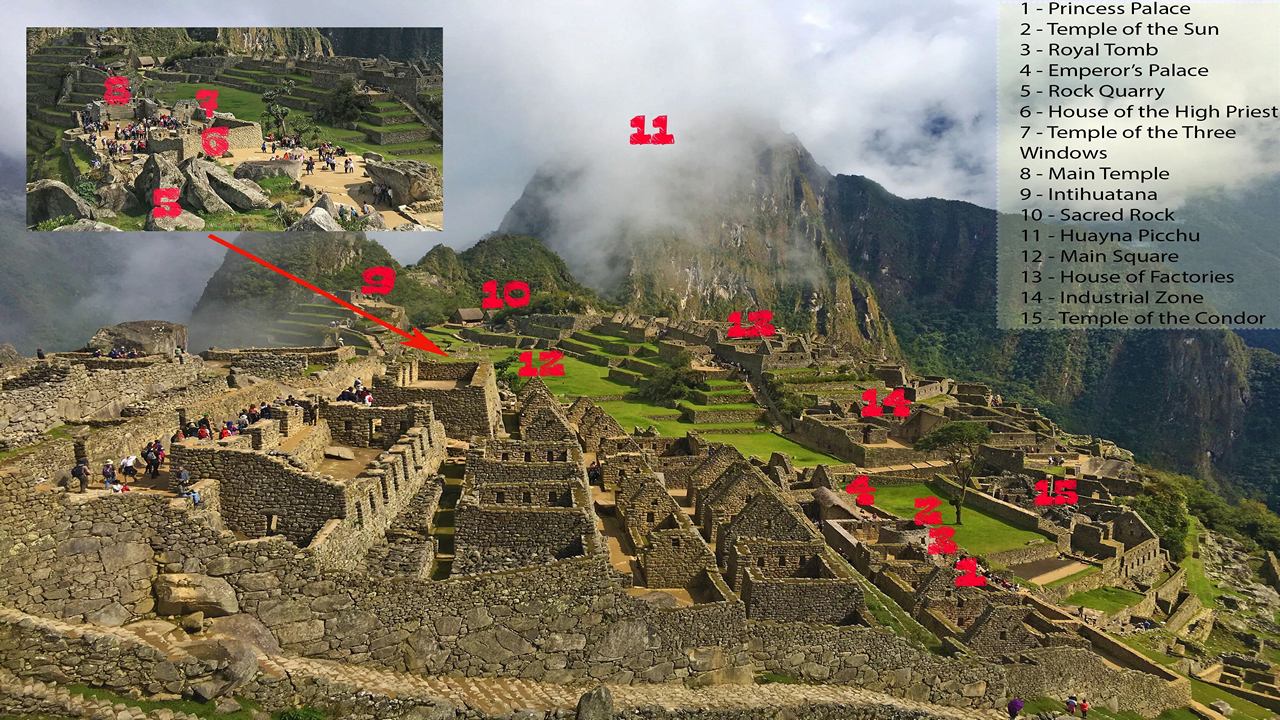 Thanks to the mountain climate, Machu Picchu doesn’t have the sweltering heat or humidity of northern Peru. It rains during the warmest months from November to March, usually reaching 17 to 18 degrees Celsius. From April to October the temperature rarely rises above 15 degrees, but thanks to the sun at this altitude I was quite comfortable in a sleeveless tank top and a light skirt. It is freezing at night in Machu Picchu and the surrounding area. During the coldest month, July, the temperature can drop below zero. In terms of weather, the most comfortable time to go to Machu Picchu is spring and autumn. Rains will not mar the walk, and at night there is no need to wrap up in a down jacket. If you want to avoid the crowds of gawkers and enjoy the beautiful Inca city all by yourself, it would be better to plan your trip for April or October. I was at the very beginning of May – the weather was perfect and there weren’t many tourists.

What to take with you

At any time of the year, you should take sunscreen with a high protection factor and a hat to Machu Picchu. Even if the weather is cool and the breeze is blowing, you can get burnt at this altitude in no time. Well, of course, comfortable shoes and warm clothes in the mountains – a must-have, no matter how you prefer to get to the city of the Incas – by transport or on foot.

Be sure to take your passport, without it the entrance ticket is not valid.

And do not bring large backpacks, they will be forced to leave them in the luggage room for $2 per hour.