The Galapagos Islands is an archipelago located in the Pacific Ocean, almost on the equator. The total area of the archipelago is 7,800 square kilometers. The archipelago includes 13 large and 6 small islands, in addition to hundreds of rocks and reclaimed land. The archipelago belongs to the state of Ecuador and is located 700 kilometers west of it. Scientists believe that the first islands were formed more than 5 million years ago due to powerful volcanic eruptions at the bottom of the Pacific Ocean near the equator. The youngest islands of the archipelago under formation are Isabela and Fernandina. The last volcanic eruption was recorded here in 2005.

The island is home to approximately 12,000 people. Most of the islands are the tops of giant volcanoes. The edges of the islands are fringed with deserts, but in the center of the island stretches a veritable tropical paradise. Far from the mainland, in two opposite climatic zones, the islands have developed a primitive flora and fauna that differs from other areas of the planet with a similar climate. Charles Darwin, who visited the islands in 1835, was shocked by the number of volcanic craters and called the archipelago “the land of craters”. 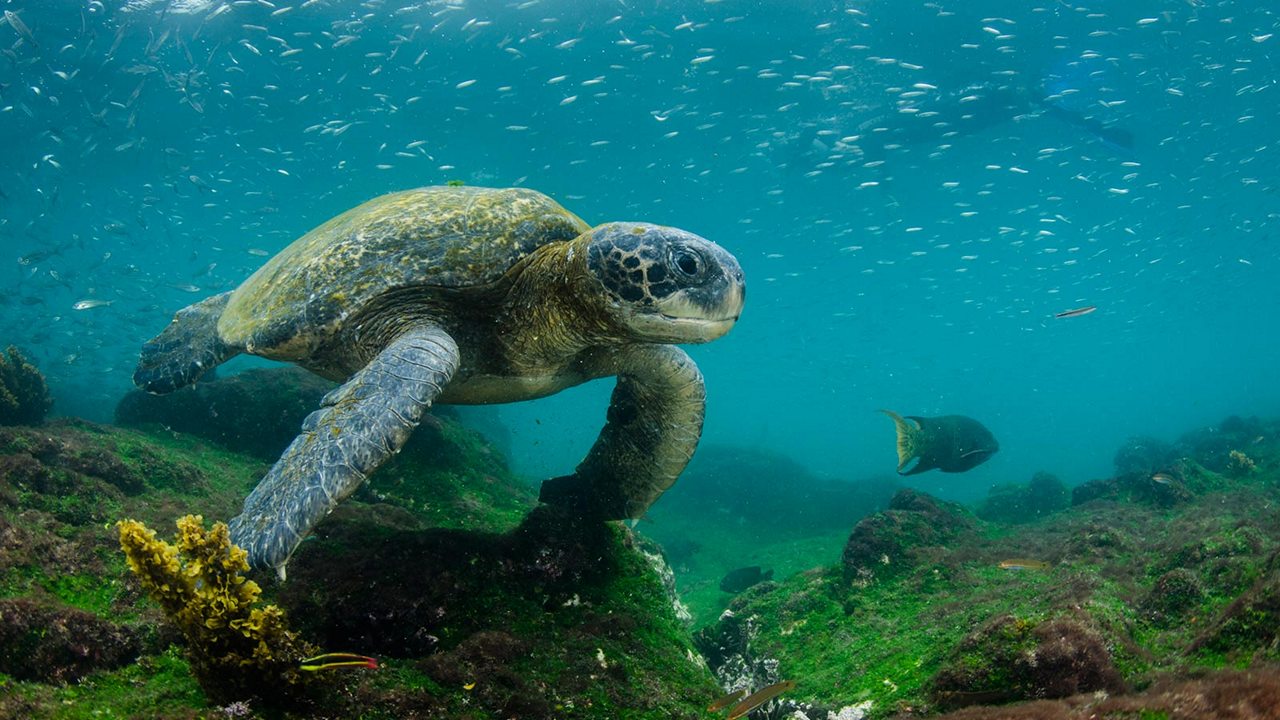 The first information about the archipelago reached Europe in 1535, thanks to the visit of the Panamanian bishop Thomas de Berlang. Their ship accidentally hit an unknown island. The crew was astonished by the huge number of hitherto unseen birds and animals that were not at all afraid of humans. Because of the large number of giant or elephant turtles, which weighed up to 5 tons, Thomas de Berlang named the islands Galapagos from the Spanish “galapagos”, which translates as “water turtles.”

For a long time, the islands were ruled only by pirates who robbed the ships passing by. In the 1790’s they decided to use the archipelago as a whaling base. At the same time, the mass extermination of sea turtles to obtain animal fat began. The turtles, which could do without food and nourishment for a long time, were taken on ships as fresh meat. In 1832 Ecuador claimed the archipelago, General José de Villamil became the first governor, and a group of convicts became the first settlers. Later, farmers and artisans settled on the island.

The beginning of the evolutionary theory 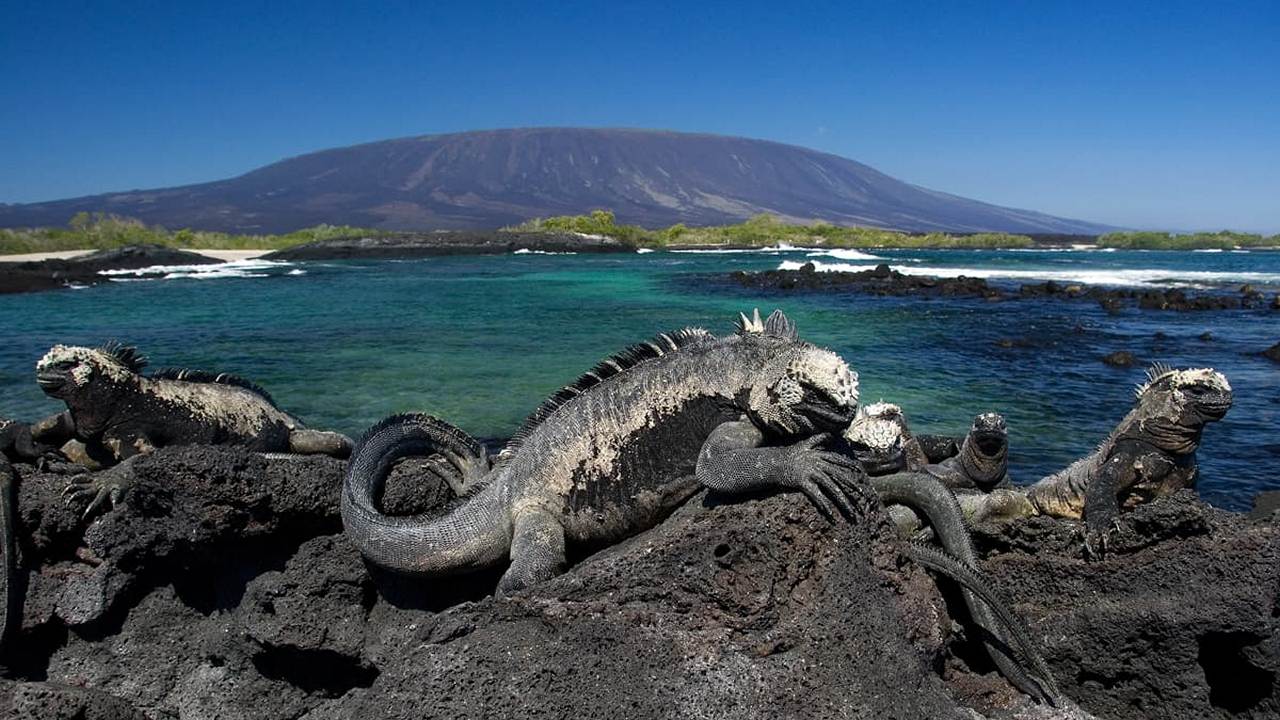 In 1835, Charles Darwin came to the Galapagos Islands to study the local flora and fauna. Based on his research, the scientist deduced the evolutionary theory of the origin of species. Darwin gave us an example of evolutionary adaptation to the environment of the finches, which obtained their food using a cactus thorn clamped in their beak. They used the thorn to pick larvae out of rotting wood. He deduced that the ancestors of this bird had inadvertently come from the mainland and, in the process of evolution, adapted to use the thorns to survive. Other specimens of finches evolved various beak shapes, adapted either to trap insects or to catch grain, or to eat flowers. 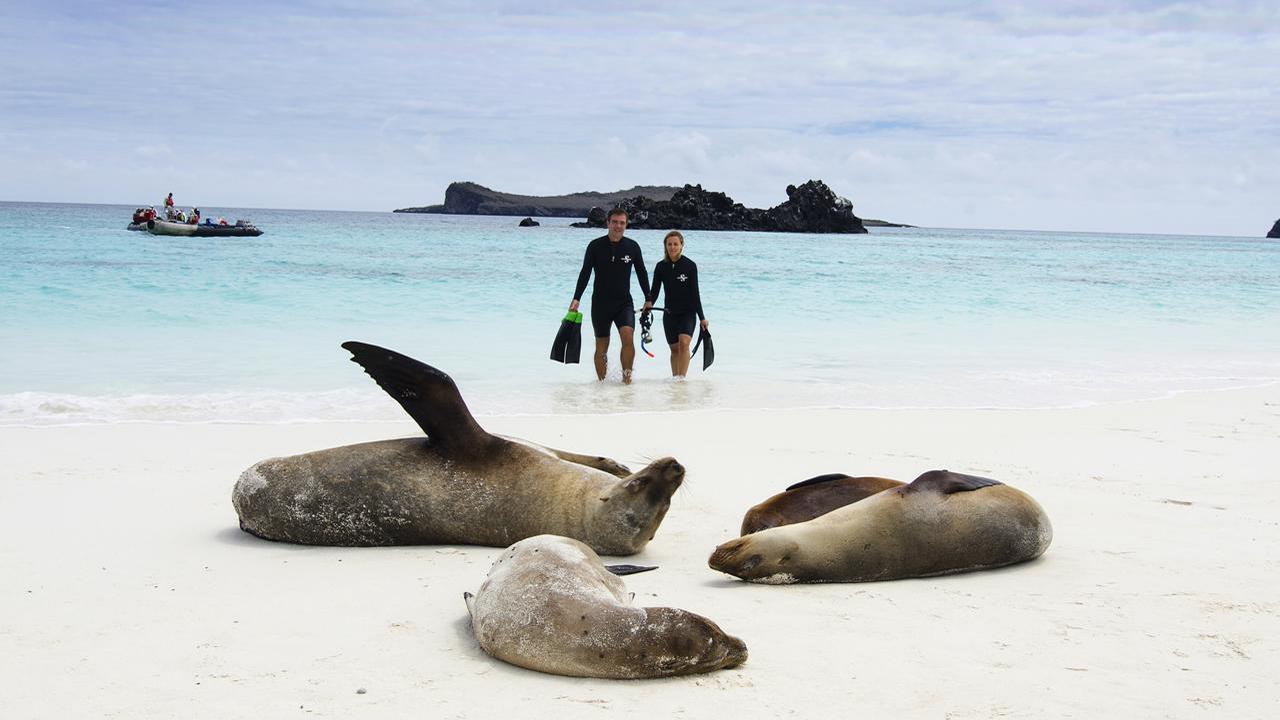 Even today, the islands are inhabited by animals that have passed a peculiar way of development here. For example, there are sea lizards that resemble ancient lizards but are smaller in size. These terrestrial animals in the process of evolution have adapted to get their food from the sea in the form of various algae. Scientists speculate that the ancestors of sea lizards were iguana lizards that got here many thousands of years ago from the mainland, possibly on floating trees. An example of another population is the giant turtles, which are up to one and a half meters long. There live here cormorants who can not fly, the Galapagos dwarf penguins, a special kind of sea lions and seals, more than 199 species of birds. Moreover, 28 species of birds (such as Darwin’s finches) are found only here.

The flora of the archipelago is also rich, with 47% of plants growing only in this area. 37% of the fish that live here are also considered endemic, meaning only the Galapagos Islands are considered a habitat for them. To preserve the flora and fauna of the Colón Archipelago (this is the official name of the Galapagos Islands) in its original form, the Ecuadorian government declared it a National Park. The total area of the park occupies 97.5% of the entire archipelago.