The country where boys are born with soccer balls in their hands and girls in carnival dresses. The 8.5 million square kilometers of a bizarre world filled with beauty and danger. Every tourist at least once in his life must visit this wonderful place to see with their own eyes the sights of Brazil, to visit the huge nature reserves, take a boat trip along the mighty riverbed of the Amazon, bask in the warm sun on the sands of Copacabana and, of course, visit Rio, the city blessed by Christ. 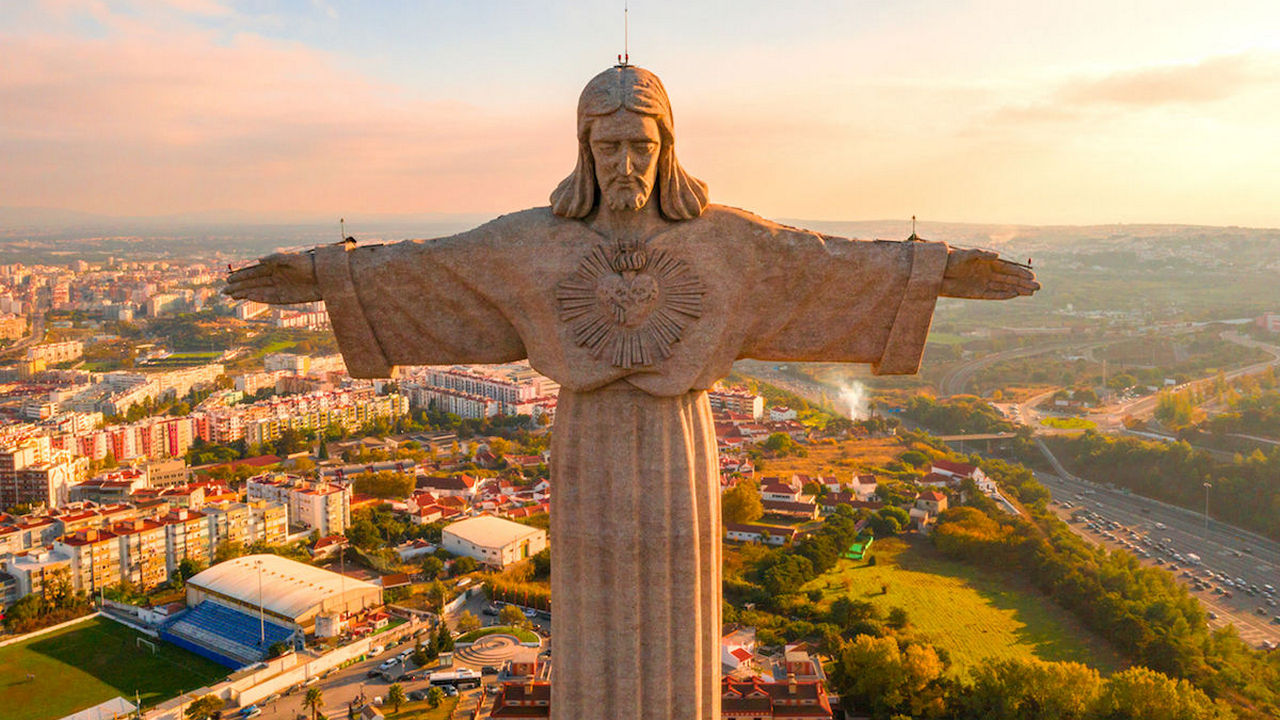 It is hard to find someone who has not heard about one of the most famous statues in the world. 38 meters high, with a 28-meter arm span of Christ, it is truly enormous. It was erected to celebrate the 100th anniversary of Brazil’s independence in 1922, but the process ended up taking nine years. The parts for the statue were made in France and then transported by ship to Rio. The statue is located on Mount Corcovado, from the top of which you can see the whole city, with the outstretched hands of Christ as if to bless it. Inside the structure is a chapel that is open to the public.

To visit Brazil without visiting the main carnival in the country is a real crime because it is a symbol and the main attraction of Brazil. The history of carnival goes back to the slavery era, and nowadays about 100 thousand people from all over the world flock to Rio every year to at least watch this celebration. And for a rather symbolic amount of about $60 people can join the participants by renting a carnival costume in one of the samba schools.  The action itself until 1984 took place on the city’s main street – Vargas Avenue, but because of the huge influx of people wishing to participate, a kind of dance floor called the sambodrome was organized. The sambodrome is a complex of outdoor stadium and street, where participating schools showcase the choreography and variety of costumes prepared over the year. But carnival is not limited to sambodrome and dancing, it is also parades of street musicians, and dance parties, and carnival balls in hotels and nightclubs. The most famous is the ball at the luxurious Copacabana Palace Hotel. 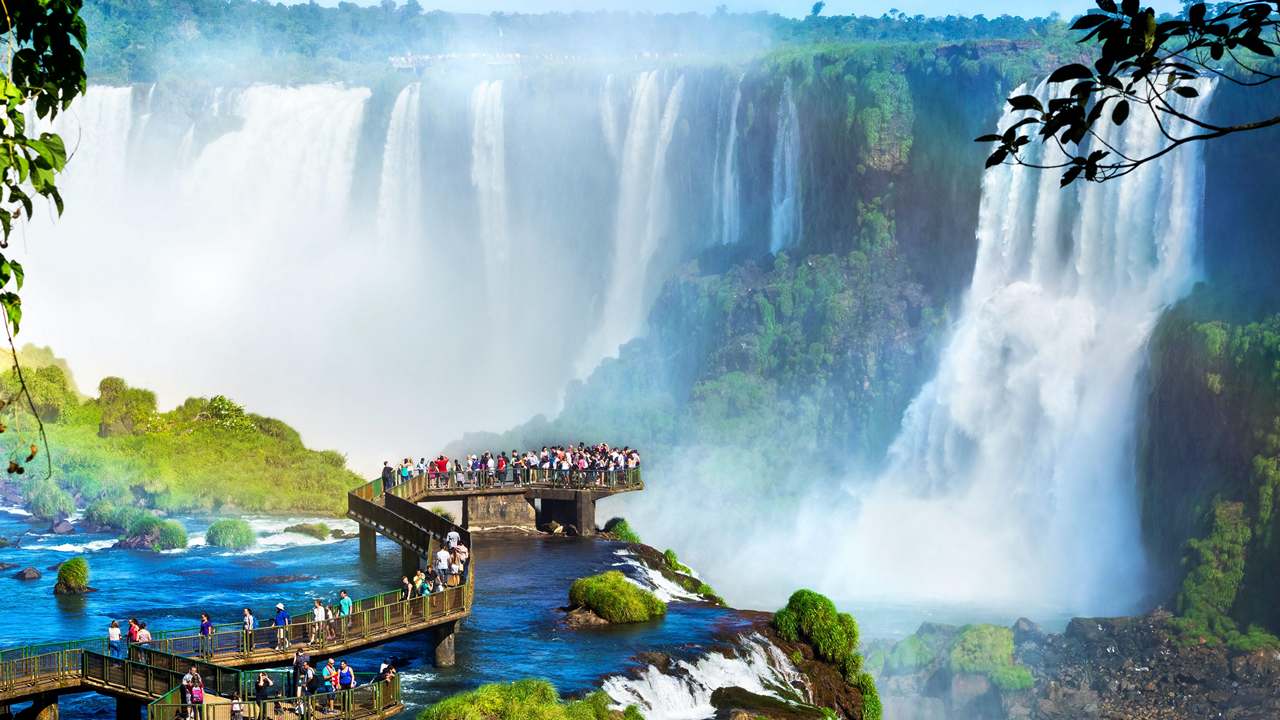 The natural sights of Brazil amaze even experienced tourists. And what you should see in Brazil for sure is the cascade of waterfalls on the border with Argentina, 12 km away from the Iguazu River estuary. The river is divided by islands into as many as 275 waterfalls, each of which the locals have given its bright name.  The most famous are: “Adam and Eve,” “Three Musketeers,” “Two Sisters,” and “San Martin.” “Iguazu” is one of the seven wonders of the world. The height of the waterfalls reaches 80 meters, and the fog over the river because of the high humidity can rise up to 150 meters in height. And the most amazing spectacle is when the rainbow connects Argentina and Brazil, forming a kind of bridge and shimmering in countless bright splashes of water. On the territory of the complex built special fortified viewing platforms, where you can not only look at the beauty of waterfalls but also to participate in competitions and dances with local residents who are ready to organize the most real holiday for tourists. It is also possible to book a helicopter tour to see the entire Paraná Plateau from above. 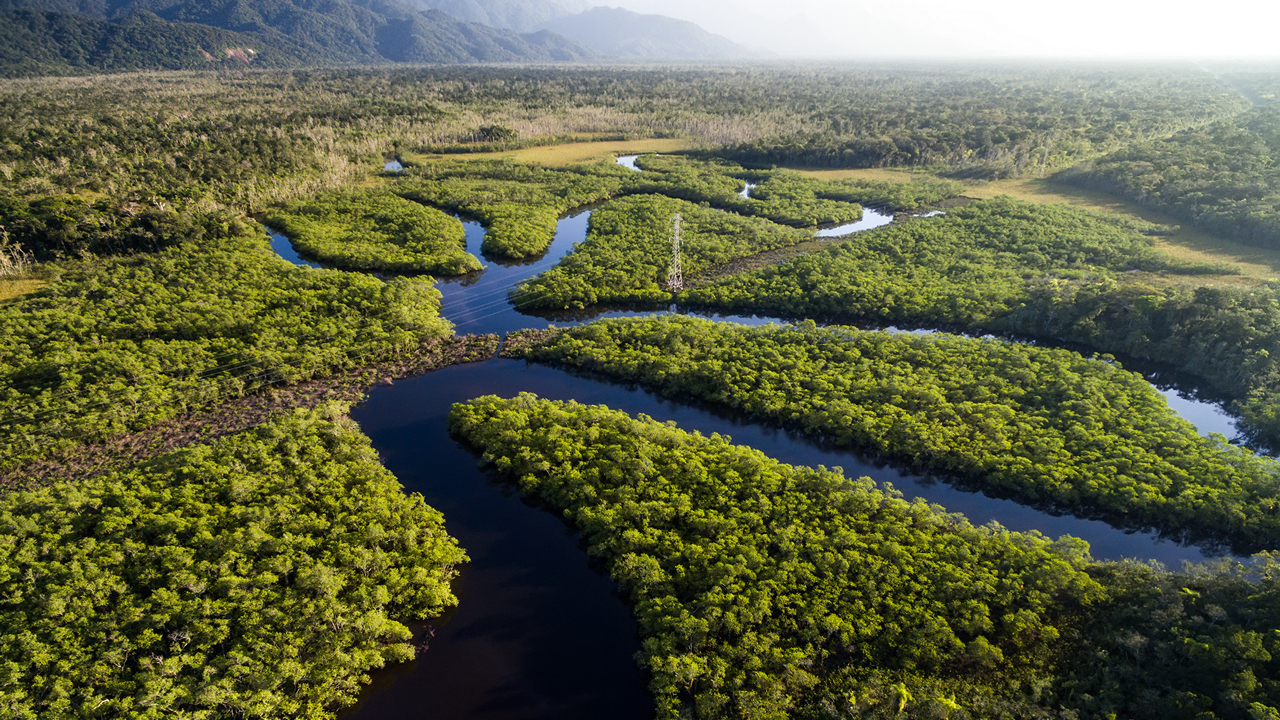 A mighty river. What can you say about the size of a river whose tributaries are some of the largest rivers in the world? It is enormous; the volume of water that the Amazon discharges into the ocean is almost a quarter of all the river water on the planet. It is Brazil’s main attraction, artery, and breadwinner.  Not only is the Amazon the most full-flowing river in the world, but more recently it is also the longest. At the mouth of the river is a huge river island, larger than Scotland in the area! During the dry season, the width of the Amazon reaches 11 kilometers, while during the rainy season this figure is higher by more than 3 times. Of course, the variety of fauna and flora is huge, and due to the very high navigability of the river and the choice of excursions, you can appreciate the beauty and grandeur of one of the Seven Wonders of the World.

Favelas hardly ever top the wish list of tourists who decide to appreciate the cultural or natural attractions of Brazil. But for fans of extreme recreation, they are sure to top the list. Favelas were formed due to the end of the slave period of Brazil. Free, but poor people simply had nowhere to live, so they began to engage in “self-build.  All major Brazilian cities have favelas. Each favela is a “city within a city”. They are even documented as communities. All favelas have their own government, schools, medical centers, and police. Some even run their own radio stations. The plus side of favelas is definitely the “view from the window,” especially in Rio, where residents have a luxurious view of the ocean and the beaches of Copacabana and Ipanema. But there are two main problems. The first is that usually, these windows do not exist at all, there are holes in the walls. The poverty in the favelas is incredible. The second problem is the crime rate. Each favela is dominated by criminal gangs armed to the teeth. Drugs in these areas are sometimes even easier to buy than bread.

The country’s population is growing and the number of tourists, however, the interest in the favelas is increasing every year because it is part of the real Brazil!